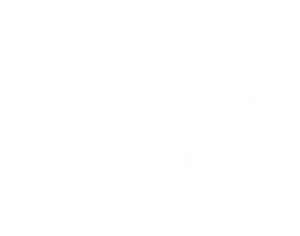 BBN: Having other solo albums, what is one thing that stands out about this album as opposed to the others?
Bizzy Bone: This album is actually an accumulation of all my previous albums: perfected.
BBN: Did the rest of the members in the group, Bone Thugs-n-Harmony help you out with anything behind the scenes or give you their opinion on any of the tracks before you put the tracks on your new album?
Bizzy Bone: Each single that I put out, my crew gave me a thumbs up whether it was in the media or through a personal call.
BBN: How long did it take you to complete the album? Who do you like to have around you while you’re in the studio, if anyone?
Bizzy Bone: I had some songs already…sketches. So, it is really difficult to time the length that it took. When I go to the studio, sometimes it’s alone and sometimes it’s with a few people.
BBN: What is one main takeaway or message that you want your audience to get from the album?
Bizzy Bone: The main message is perseverance, perfection, and the continuation of meaningful long-standing music.
BBN: What is your creative process like? What inspires you?
Bizzy Bone: MY INSPIRATION IS THE UNIVERSE!

BBN: You speak a lot about the younger rappers not respecting the legends. What do you think should change in this era of hip-hop? Are there any current young rappers that you think are solid?
Bizzy Bone: I think that the new wave is “No Talent” and “No Effort.” When you do this, it kind of shuts the talented people down, making the musical palate unrecognizable. In turn, it basically destroys the creative process that furthers the music.
Sure: Calboy out of Chicago, BloodLine Harmony, Ybl Sinatra. That is just to name a few. And, Lil Bizzy, of course.
BBN: You speak about you, along with others, being a father of hip-hop and these rappers being your sons, in a way. Being a father figure in hip-hop, what is one thing that you would say to them and what would you teach them?
Bizzy Bone: I don’t consider myself a Father in hip-hop. However, the best way to “lead” is by example.
BBN: You speak a lot about loyalty and a moral code. Growing up in your era, a lot of people say that it was different. Do you think that this generation of rappers and people in general lack that moral code that you rap about and practice?
Bizzy Bone: I think that being true to thyself is loyalty. That is one. Basically, you can’t be phony within yaself. As far as the moral code, sh*t changes on Earth and the narrative always adjusts to the current state of things. Basically, if mof*ckas is dancing like females and it seems successful, ni**az will be wearing dresses for the virtual perception of receiving a bag or for being “hip.” As far as morals go, it is in the eyes of the beholder. I think ni**az realize they hustlin’ folks.
BBN: You called out a few young rappers by name in this album. You also titled a track, “Carbon Monoxide.” Can you explain why you did that a little further?

Bizzy Bone: I called out who called out my team. Not me per se, but my unit. In hip-hop, the narrative can change fast and you can get crushed with a mof*ckas wallet. For example, with LL Cool J & Canibus.
It was vital that they were answered and given a clear warning. DO NOT F**K WITH US! Like the movie fight club for instance.
BBN: What is one piece of advice that you would give anybody in this generation, not just regarding music but as people?
Bizzy Bone: As a people, you need to first build an army and then you get the money. If you get the money first, then you’re going to sell out to the current system for a price. If you try to rise up as a people, you will get gunned down by those who outright want to keep the control. MILITARY FIRST AND THEN MONEY SECOND! But, of course, that is too late. Money rules already. Nobody on that sh*t! Lol!
BBN: Do you think that social media and the disconnect from going through the struggles present in your era has an impact as to why certain artists are the way that they are?
Bizzy Bone: Social media actually helps the “established” artist. We carried the crates and sold the CDs out of the trunks. We did the foot promotion. Social media makes this sh*t hella easier! I think that without drive, a new artist (once they lose the company they’re with and the attention) typically falls off. As a result, they wind up inside of a pill bottle or lean or coke or all the above. This a real druggie time as far as artists go. That, to me, is the center of why artists are the way that they are. They think that they are “feeling it,” but really, it is just the drugs altering their current mental state to regorge into a fantasy of themselves or what not. They’re trying to look cute basically. That’s b*tch sh*t. It’s aight to look good, but tone that b*tch down some. Ya know? Social media is not to blame. Profiteering and the lack of actual talent is being used as a marketing and promotional tool. Unfortunately.

BBN: Do you think that there could be a good hip-hop song if the words are not meaningful and powerful? For example, if the lyricism isn’t there?

Bizzy Bone: Oh yeah. Lyricism is not necessary. We all like a good party song that is just riding and kicking it. That’s all good. Music is to have fun through oppression and hard times and even in a comfort zone. Music is music.

Interview by @magicamaj
Are Rap Crews Dead? | The Breakdown
A Serious Problem Feat. M.O.P AND TEFLON