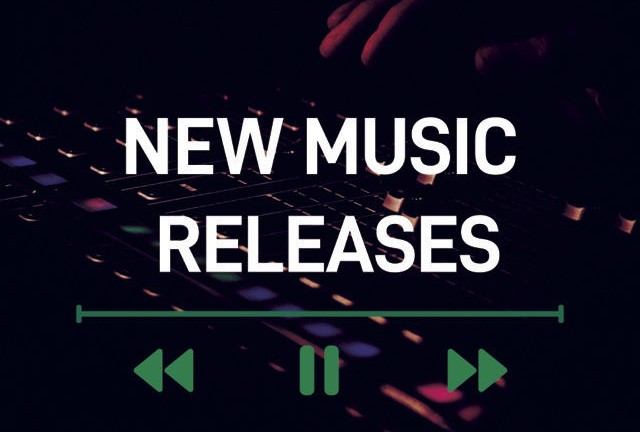 It’s time for another round of New Music Friday, where we run through the best new releases of the week ending on Friday, May 20th. We’re sure that you’re still digging into J. Cole’s The Off-Season, but don’t let that distract you from a lineup of excellent new albums.

Yung Baby Tate also came forward with new music in the form of the deluxe edition of her 2020 project After The Rain, while Benny The Butcher linked with 38 Spesh for Trust The Sopranos.

Summer is heating up and so is the music. Keep reading for our complete coverage of the week’s best albums from Hip Hop and R&B.

At just 26-years-old 42 Dugg has already developed into one of rap’s most promising artists. The DX Rising Star has ruthlessly attacked the Billboard charts with tracks including “4 Da Gang,” “Not A Rapper” and the captivating “We Paid” from Lil Baby’s My Turn. Dugg’s latest, Free Dem Boyz, is full of A-List features including Future, Rowdy Rebel, Roddy Ricch, Lil Durk, EST Gee and more.

The only thing flowing through the veins of New York’s Young M.A is ice-cold Hennessy. When the “BIG” rapper dropped “Hello Baby featuring Brooklyn’s Fivio Foreign, the wait began for Off The Yak, M.A’s fourth studio album. Known for tracks such as “OOOUUU,” “Petty Wap” and “Car Confessions,” M.A is a ruthless MC with a penchant for a carnivorous delivery.

With features from Rubi Rose, May Yb and more, Off The Yak is primed for hot Brooklyn evenings.

Earlier this week (May 18th), Young Nudy released his second full-length album, DR. EV4L. Nudy, the cousin of 21 Savage, has amassed a strong legion of fans from his excellent features and his 2019 Sli’merre. Alongside a feature from his cousin, Nudy recruited Lil Uzi Vert for “Yellow Tape” and G Herbo for “2Face,” which was produced by FORTHENIGHT, Mojo Krazy and COUPE.

Where 21 Savage leans into dark sounds, Nudy is more playful, bouncing across the tracks with ease, making DR. EV4L an enjoyable listen throughout the album’s 45-minute runtime.

The reign of Griselda continues with Trust The Sopranos, a new album from Benny The Butcher and 38 Spesh. Since WWCD, the 2019 project which introduced the world to Griselda, the Buffalo, New York rappers have been on a war path. 38 Spesh might not hail from Buffalo, but the Rochester rapper and Griselda boss Benny The Butcher go way back, having worked together on several albums from 2015’s Cocaine Cowboys to 2019’s Stabbed & Shot.

Trust The Sopranos features all of the mafia references and juiced-up, grimy Boom-Bap that you would expect, but the project also features unexpected cinematic anthems such as the Ampichino-assisted “Toyko Drift.”

Detroit Hip Hop is on the come-up. From Baby Smoove and 42 Dugg to Sada Baby and Tee Grizzley, the Michigan rap scene is taking over the genre. Icewear Vezzo has been at the forefront of the city’s takeover for nearly a decade, steadily releasing anthems for the Michigan streets.

Rich Off Pints, the latest project from the “Up The Sco” rapper, is a celebration of Vezzo’s success, from trapping to becoming one of Detroit’s brightest stars.

YG and Mozzy have been teasing a joint album for months now and it’s finally here in the form of Kommunity Service. Mozzy and YG have each become pillars of California rap, with Mozzy representing Sacramento’s Oak Park and YG putting on for Compton, so their collaborative work is a meeting of epic proportions.

Kommunity Service compiles the best of West Coast Hip Hop, from the breezy tones of “Perfect Timing,” featuring DX Rising Star Blxst, to the eerie percussion of the Young M.A assisted “MAD.” With additional features from the likes of G Herbo, A Boogie Wit Da Hoodie, Ty Dolla $ign and more, YG and Mozzy’s Kommunity Service has the summer on lock.

Mach-Hommy’s latest project, Pray For Haiti, was executive produced and curated entirely by Griselda’s Westside Gunn. Across the album’s sixteen tracks, the Newark rapper exhibits the force of his witty pen and his appreciation for jazz-influenced productions. In addition to featuring production from Camoflauge Monk, Conductor Williams and Denny Laflare, twenty percent of the proceeds from Pray For Haiti will be contributed to the Pray For Haiti Trust Fund with the goal of improving schools in Port-au-Prince.

From “The Stellar Ray Theory,” the lead single from Pray For Haiti to “Makrel Jackson,” Mach-Hommy’s talents are on full display.

After The Rain, Yung Baby Tate’s 2020 album, was a milestone in the Atlanta artist’s career. Though she had released critically acclaimed projects such as GIRLS and BOYS, After The Rain took her to new heights with glitter, glam and boatloads of unbridled confidence.

Just over five months have passed since the release of After The Rain, and now Yung Baby Tate is back with the deluxe edition which adds six new tracks, including the Take a Daytrip produced “Eenie Meenie.”

We couldn’t end without awarding this week’s Honorable Mentions. To start, SpotemGottem dropped Most Wanted while FCG Heem released Neighborhood Poetry. This week also brought If I Fail Are We Still Cool?, from Patrick Paige II and G-Mainey’s Angel.