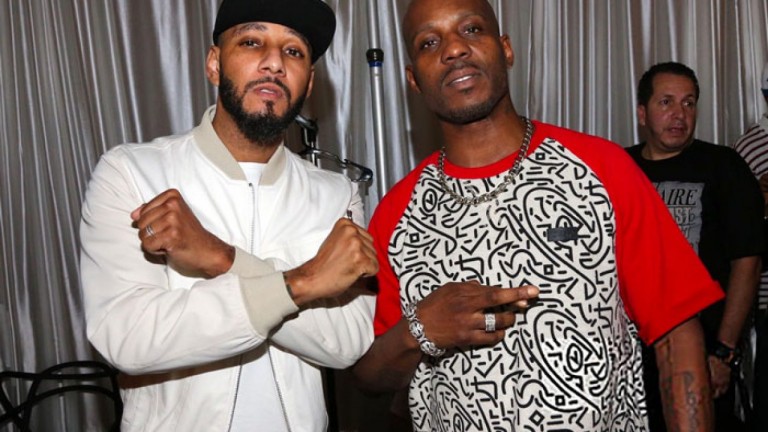 DMX, JAY-Z and Nas joined forces on “Bath Salts” for the Yonkers legend’s posthumous album Exodus, which arrived on Friday (May 18). But as it turns out, the three New York rap giants weren’t the only ones to spit verses on the track.

During Swizz Beatz and Timbaland’s Verzuz rematch on Sunday (May 30), Swizz surprised fans by previewing an unreleased verse from J. Cole. The Ruff Ryders producer started playing the original version of “Bath Salts,” or what he described as the “cute version,” before ringing off 30 seconds of J. Cole’s verse until the DJ cut it off.

Swizz responded, “No, play that. Oh, you not gon’ play the whole J. Cole verse? He’s being nice, he’s being nice.”

Swizz Beatz and Timbaland’s original Verzuz battle went down in March 2020, but the pair went head-to-head once again at Miami’s LIV nightclub over the weekend. Peaking at 460,000 concurrent viewers, the producers ran through high profile collaborations from their catalogs, including songs with Aaliyah, Drake, Missy Elliott, JAY-Z, Lil Wayne, Beyoncé, Nicki Minaj, Justin Timberlake and many others.

During a recent interview with Complex, Swizz Beatz talked about getting DMX, JAY-Z and Nas on “Bath Salts” depite their history with one another.

“That’s a real New York staple moment,” he said. “Jay, Nas, DMX, you hear those three names and you almost wonder what that album would sound like with them. So, this song was just a glimpse of that. And thank God that we were able to get that done and everybody was cooperative. My brother, Jay, my brother Nas, I really commend everybody for coming together and putting the egos to the side. X had a certain vibe with Jay, but Jay looked past that. X was past that at this point, too. It was just good to see real Hip Hop on some fire beats.”

Asked whether they recorded their verses in a studio together, he added, “No. That would’ve been a movie. It could’ve happened in LA, but just… you know… Everybody was in their comfort space, and I was cool with that. I sent the beat, so you never know when you’re going to get what you’re going to get back.”

Check out a preview of J. Cole’s verse above, and listen to the original version of “Bath Salts” below.