Termanology Elevates the Soul as He Sits Down with Boom Bap Nation to Talk New Album He Created in Just 11 Hours with Statik Selektah, His Thoughts about the Media, Potential Change, and more.

Boom Bap Nation Correspondant Magi Camaj caught up with Hip-Hop’s very own Termanology on new album with Statik Selektah, his thoughts about the media, potential change, and more.

BBN: What is the main message that you want us to keep in mind when we turn on your new album, 1982: The Quarantine?

Termanology: I basically want people to open up their eyes and not just believe anything they see on the mainstream media. Do your own research and make your own judgements on what you think is really going on in the world! 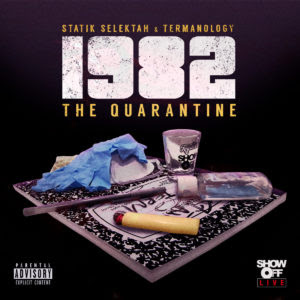 Termanology: I feel deeply saddened by the state of America right now. I am praying for the people who have been affected by COVID-19. I personally dislike the media because I feel as if a lot of the narrative is geared towards a certain base. For instance, depending on what TV channel you watch, you will look at the world in a whole different way. People who watch Fox News look at the world in a whole different way from how people who watch CNN or MSNBC look at the world. When in actually, they are all only telling you certain information and certain topics. They are never all telling you the full story.

BBN: How do you think that this time period will change society moving forward from a political and social point of view? How do you think that this will affect the lower-class communities, especially throughout the boroughs?
Termanology: I think every single time things like this happen, it gives the powers every excuse to abuse their power. Hopefully, we don’t lose too much of our freedoms, the way that we did after other certain American tragedies.
BBN: Do you think that there will be greater human connection after this pandemic?
Termanology: I think that we all will appreciate human interaction way more when this is all over. There is a lot of things that we took for granted that we will now appreciate.
BBN: When did you begin to write this album? How long did it take you to complete it? Was this a project that you worked on from the beginning of the Pandemic?
Termanology: I recorded the whole album in 11 hours live on YouTube. You can watch the process on Statik Selektah’s YouTube channel: ShowoffLive. 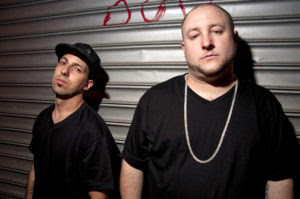 BBN: What made you want to drop a new project during this time? Did you think that people would be open to conscious rap while something so serious is going on?

Termanology: The whole concept was Statik Selektah’s idea. We were sitting in the studio bored because social distancing had just began and we needed something to do. So, he suggested that we do a live album in one day called “The Quarantine.” We knocked the whole thing out the next day and had some friends come by to lend some vocals. Lil Fame, Tek, Graph, Nems, Ufo Fev, Marlon Craft, CJ Fly, Kota The Friend, JFK, Hailie Supreme, and Allen Kingdom were some of the people who contributed to the project.

BBN: What messages did you mainly want to spread to the youth through this album?

Termanology: I want people to focus on being more healthy, being more active, eating better, getting more sleep, and worrying less. Focus on health instead of letting the media scare you into making yourself sick.

BBN: If someone wants to begin to see the world differently and more deeply, how do you recommend that they start: maybe a book?

Termanology: I would suggest two great books to anybody reading this. “Rich Dad, Poor Dad” and “The Quadrant.” Those are two books that will make you look at life and your finances differently.

BBN: What mainly inspired the track Love Don’t Stop? Do you see hope and possible change for the future?

Termanology: My boy, Nems, was the main inspiration for that song. He wanted to make a song for his two cousins who just passed away. Once I saw the direction, I decided to make my verse about my cousin, who is more like my brother, who has been in and out of jail for the last 15 years. We are basically telling them that no matter what happens, we will never forget them and that the “Love don’t stop.”

BBN: What do you think about the role of mental health in today’s society?

Termanology: I think there are a lot of communities affected by mental health differently. Specifically, low income communities, where we don’t do much counseling and therapy. I’m interested in seeing the strides that we will make in the next 5-10 years.

BBN: What tracks felt the most powerful to you while you were creating them?

Termanology: The song I feel is the most powerful is “The Pandemic.” That’s why we shot a video for that song. We triggered a lot of people in the YouTube comments because that song exposes a lot of false truths that people believe due to getting all their information from one source, being the mainstream media. Feel free to go watch the video and leave a comment.