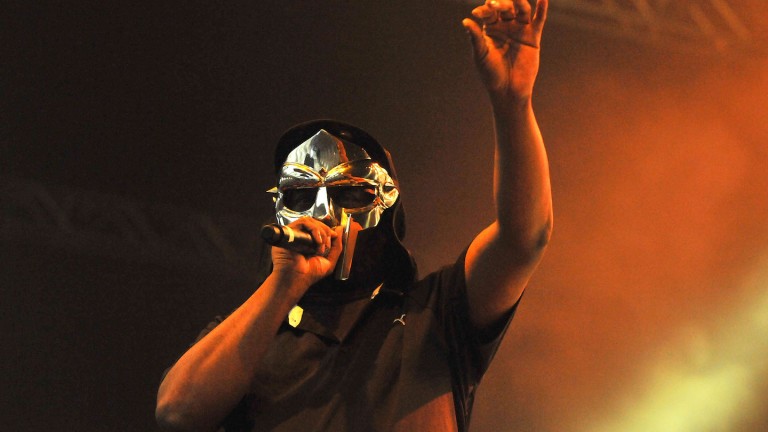 The Hip Hop community was left in a collective state of shock when it was announced MF DOOM had passed away on December 31, 2020, two full months after he actually died. But fortunately for DOOM fans, his legacy continues.

On Friday (May 21), Rhymesayers Entertainment artist Sa-Roc returned with the deluxe version of her 2020 RSE debut, The Sharecropper’s Daughter, which includes six new songs. One of those cuts, “The Rebirth,” boasts an unreleased verse from DOOM, almost a cruel reminder of what the Hip Hop community is missing.

“The art of manifestation mastered by ancient civilizations,” he spits in part. “Lies deep within the mind’s refrigeration/A shift of the eye is ample indication/To re-release a mudslide of latent inspiration/The butler did it, end of conversation.”

Meanwhile, Sa-Roc sounds as invigorated as ever with lines such as, “If I could be candid, sometimes I’m insecure, my bad/There’s more on my agenda than securing my bag/Y’all say y’all love the real, but watch pretend in high-res/Different rappers, same regurgitated interests, I gag em.

“Took a pint of blood and tears to learn to love my shape/And I’m not trying to modify a damn feature but my behavior,” once again proving her vulnerability and courage on the mic.

The Sharecropper’s Daughter Deluxe features production from longtime creative partner Sol Messiah and fellow Rhymesayer Evidence and is accompanied by a video for the deluxe edition’s lead single, “Wild Seeds.” Directed by Aliza Brugger, the video is “a testament to the beauty, mysticism, and wisdom of the elders and ancestors who’ve guided and bolstered generations of Black women through history’s assault and neglect.”

Inspired by Octavia Butler’s sci-fi novel Wild Seed, the song serves as a celebration of women such as Queen Nanny, Harriet Tubman and Sojourner Truth, “whose legacies inform future generations of their propensity to bloom under the harshest of conditions.”

The original 15-track album arrived last October and featured The Roots’ Black Thought, The LOX’s Styles P, Saul Williams and Chronixx. The DOOM verse follows the Czarface and DOOM collaborative album Super What? which arrived on May 7.

Check out “The Rebirth” featuring MF DOOM above and Sa-Roc’s “Wild Seeds” video below.