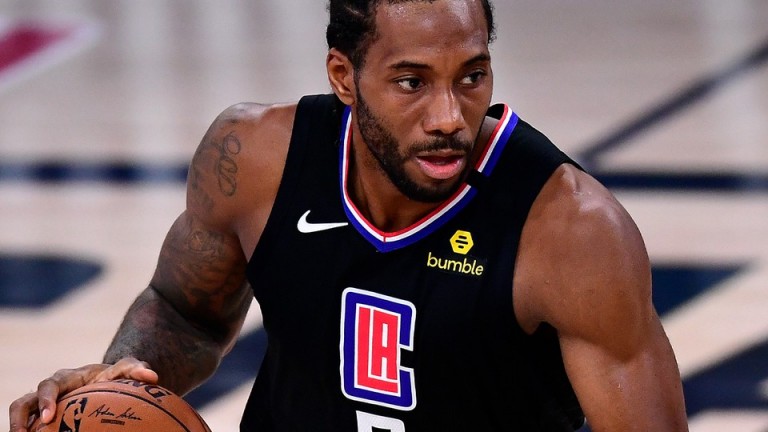 Los Angeles Clippers All-Star guard Kawhi Leonard redeemed himself and his team in the 2021 NBA Playoffs on Friday (May 28); scoring a team-leading 36 points in Game 3 against the Dallas Mavericks to make the series 2-1 after dropping their first two matches on their home floor.

Perhaps he had the sounds of YoungBoy Never Broke Again and Rod Wave blaring through his headphones to drown out the noise of the American Airlines Center. On Friday, the two-time NBA Finals MVP officially entered his name in the Hip Hop arena with the release of “Everything Different,” the first-ever pairing of the two aforementioned superstars.

The ruminative record will live on the upcoming Culture Jam compilation.

Naturally, most NBA players have an affinity for Hip Hop culture but Kawhi Leonard is using the reach of rap for a cause to benefit the generations behind him. A portion of the album royalties will be donated to the late Kobe Bryant’s Mamba & Mambacita Sports Foundation, which provides athletic opportunities to youth who would otherwise miss out.

“Culture Jam will always be a platform where creators’ ideas and talents come to life and serve our family and our communities,” Kawhi Leonard said in a statement obtained by HipHopDX. “As an athlete that loves family, music, culture, and community, it was extremely important for me to build a space where all these elements thrive. Culture Jam’s significance is not only timely but it is also necessary. Equally, it is extremely important to support youth.

“My donation to the Mamba & Mambacita Sports Foundation is just the beginning of that support and connection.”

The Rook-directed “Everything Different” showcases both YoungBoy Never Broke Again and Rod Wave in their trench element but five-star North Carolina basketball recruit Mikey Williams, who shows the road through Hip Hop and the hardwood often intersect.

Culture Jam is slated to be released sometime in Summer 2021.

Watch the “Everything Different” video below.