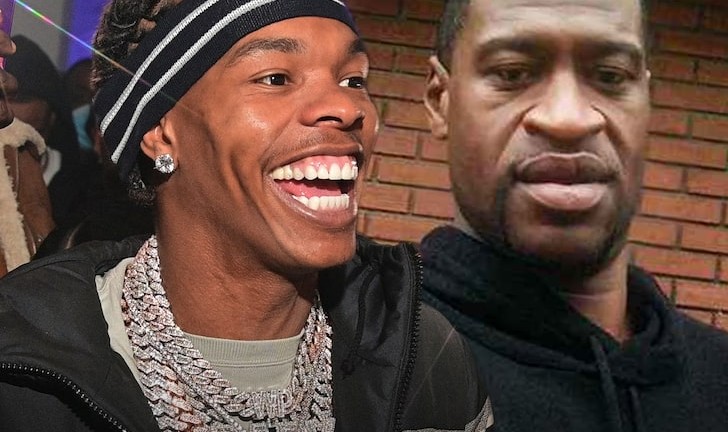 George Floyd was murdered at the hands of former police officer Derek Chauvin on May 25, 2020. On the one year anniversary of Floyd’s death, his family met with President Joe Biden at The White House to push the George Floyd Police Act Bill. Alongside them were civil rights attorney Ben Crump and Lil Baby.

Lil Baby was spotted walking with the family, and later standing in the background as members of Floyd’s kin spoke with the press. When asked what they were looking to talk to President Biden about, Lil Baby told the cameras before walking off, “try to pass that George Floyd Police Act Bill.”

Lil Baby became Hip Hop’s unofficial spokesperson when he dropped “The Bigger Picture” in June 2020. The powerful song and visual became a Hip Hop protest anthem for the events that were transpiring around the world at that time.

The four-minute song sees the multi-platinum ATLien seamlessly articulating the frustration, confusion, and innate call to stand up for something much bigger than himself.