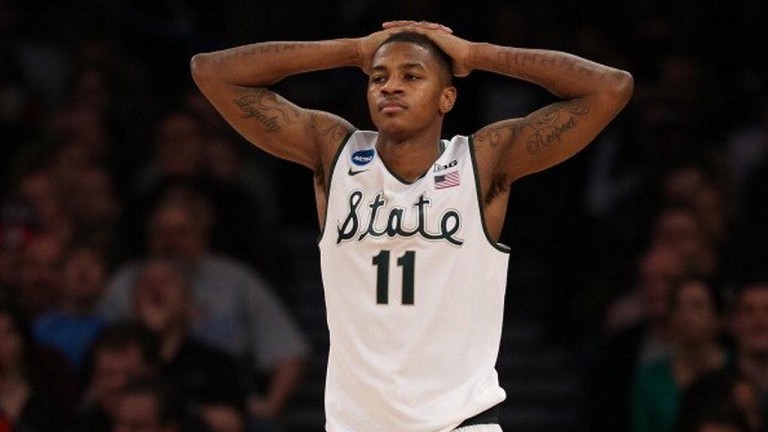 Federal agents have reportedly arrested a Detroit rapper who goes by the moniker The Big Homie — and it’s all thanks to Instagram. According to Detroit News, The Big Homie (real name Delmarco Craig) was taken into custody after an Instagram Live linked him to seven shootings.

The 22-year-old convicted felon thought it would be a wise move to flash several firearms while streaming, including a Glock pistol equipped with a device that converts the semi-automatic firearm into a fully automatic machine gun. Federal agents immediately took notice of the gun because the attachments rendered it illegal.

Less than 48 hours after The Big Homie shared the video, ATF agents raided his home and discovered six firearms, two of which were allegedly stolen, and the modified Glock. Ballistics then linked the firearms to seven shootings over the last seven months, including a homicide and double non-fatal shooting that took place only hours after the Instagram Live.

Further tests also connected a rifle back to an April shooting at a local CVS pharmacy. Surveillance video of the shooting showed a stolen white 2021 Cadillac Escalade, which police eventually discovered in The Big Homie’s backyard during the federal raid. While inside the home, officers found a purple Los Angeles Dodgers hat similar to on he’s seen wearing online.

The Big Homie is currently being held without bond on charges that could net 10 years in federal prison. His arrest comes as part of the city’s initiative to crack down on violence sparked by Instagram and social media in Detroit, spearheaded by the prosecution of Seven Mile Bloods who promoted violence against enemies on Instagram.

“Every trigger-puller in Detroit should be put on notice,” ATF agent James Deir said in a statement. “Gun violence in our community will not be tolerated and those who choose to use a firearm to commit any type of violent act will be held to account for their misdeeds.”

Big Homie’s attorney Steven Scharg maintains it’s all an act, saying, “A lot of these young rap artists with social media today find themselves involving using guns in videos. That does not necessarily mean they’re thugs or believe in assaults. It’s just part of the façade of the rap industry.”