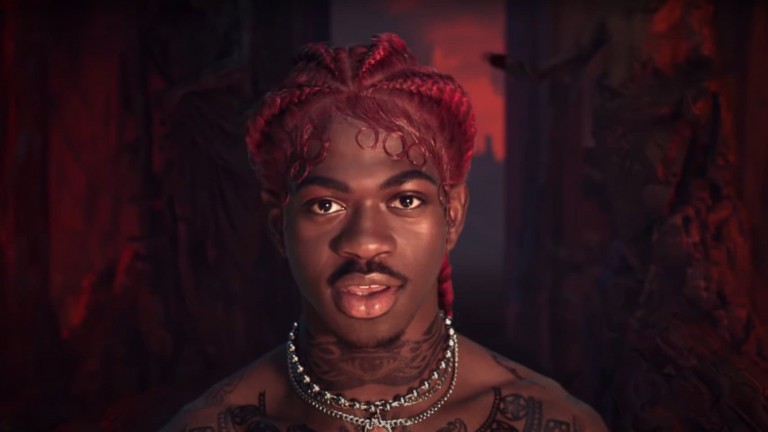 Lil Nas X  made his Saturday Night Live debut on Saturday (May 22) and viewers likely weren’t expecting what happened while he performed his controversial song “Montero (Call Me By Your Name).” As the Grammy Award-winning artist was grinding on a stripper pole, his pants appeared to split.

With a momentarily startled look on his face, Lil Nas X quickly put his hand over his crotch while he continued the performance.

It wasn’t long before Lil Nas X addressed the public pants split on Twitter with “NOT MY PANTS RIPPED LIVE ON TV” and “I wanted to do my pole routine so bad this what i get lmaoo.”

The video for “MONTERO” arrived in March and was met with an onslaught of criticism due to its Satanic imagery. But conservative Christians were especially outraged by Lil Nas X giving Satan a lap dance wearing nothing but boy shorts and a pair of thigh high leather boots.

But all of the attention worked in Lil Nas X’s favor. The video has since amassed over 215 million YouTube views and the single itself debuted at No. 1 on the Billboard Hot 100 in its opening week. “MONTERO” was even targeted during a SNL skit shortly after the controversy erupted.