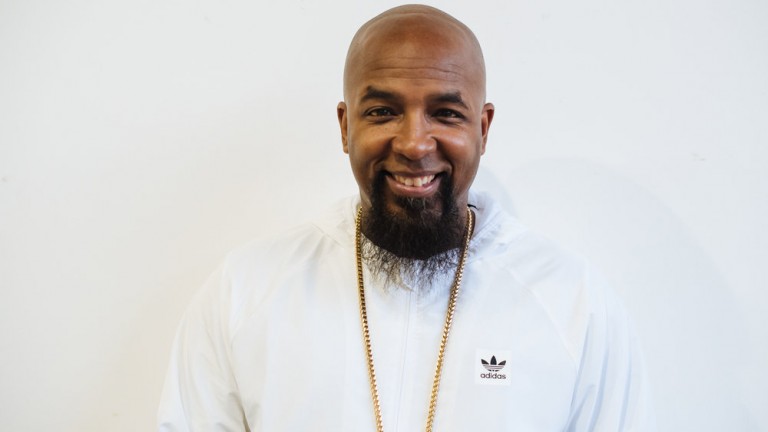 Tech N9ne had the opportunity to freestyle for JAY-Z during the late ’90s, but it almost never happened. During an episode of HipHopDX’s Hack3d series, the Kansas City rapper was joined by the one and only Sway Calloway to tell the story about the first time he met Hov.

“One time Tech N9ne came up to our show, me and King Tech, the world famous Wake-Up Show,” Sway began. “I’ma go deep, let me see if you remember this. You might not remember, don’t feel bad, but it was one time you and Don Juan and everybody came to town and y’all was with QD3. And our show used to be on every Saturday night on 92.3 The Beat, but it was syndicated worldwide, like different countries, different continents, biggest of its time, right. And Tech N9ne came to town and we were all working together at that time.

“Our mission was to put people who were incredibly talented on large platforms like ours. And these dudes flew all the way to L.A. and they went to Universal Studios… these dudes went to CityWalk. We were like, ‘Wait a minute, Tech N9ne in town?’ So we just start berating them all over the airwaves, ‘Yo man, Tech N9ne, I can’t believe you at CityWalk, man, what you doing at CityWalk, y’all from K.C. man.’”

Tech N9ne continued the story, “So guess what? They called me and I forgot who was down there, whether it was JAY-Z or something, they were like, ‘You gotta get down here.’ I said man, ‘I’m at the movies.’ They said, ‘Forget that movie.’ We left the movie and went straight down to The Wake-Up Show, man.”

People even started caming up to Tech N9ne because Sway and King Tech were talking about him on the radio. Sway explained how they successfully managed to keep JAY-Z at the radio station long enough for him to meet Tech N9ne.

“We held JAY-Z up for a long time, like we was stalling,” he said. “At that time, we really wanted Jay to hear Tech N9ne … We were tryna help get his star, you know, make sure we gon’ put him up next to Jay. What we wanted to happen, was we wanted him to rap next to JAY-Z. So we used to do a lot of that, like we would put Crooked I and Chino XL, we would have them rap on BET Rap City and just show people artists that they weren’t aware of. Back then, the Midwest wasn’t known for the lyricism, and Tech N9ne to us was as good as anybody out at that time. We thought he would be like the DMX at that time.

“He got up there and he rapped in front of Jigga, and Jigga started co-hosting the show. I feel like you got a couple of verses off, you got three verses off. The first one might have been a little nervous, and then the second and third one, you peeled that cap. And Jay was like, ‘Oh, alright, okay, you got something there. Alright, yeah, alright, it’s the Roc.’

Tech N9ne ended up on the Sprite Liquid Mix Tour with JAY-Z years later, no doubt thanks to Sway helping them cross paths. Watch the interview above and revisit the full freestyle below.