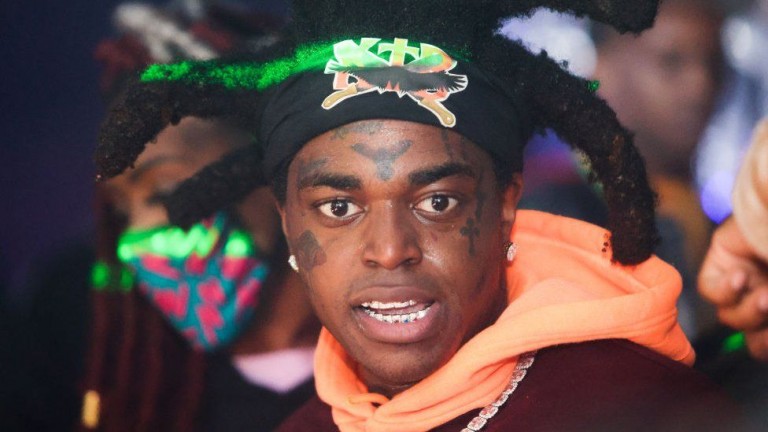 There’s no doubt Kodak Black owes Donald Trump a debt of gratitude. As one of Trump’s last moves in the Oval Office, the Pompano Beach native was granted a presidential pardon, allowing Kodak a Get Out of Jail Free card this past January. On Monday (May 17), the Bill Israel artist  professed his unwavering loyalty to the Donald and admitted he’s been seeing him in his dreams.

“Had a dream bout trump last night,” he tweeted. “I love dat n-gga.”

Kodak was freed from prison after serving over a year for falsifying information on federal forms to buy four firearms from a Miami gun shop on two separate occasions. He was originally sentenced to 46 months behind bars and expected to remain in prison until 2022 after federal prosecutors denied his request to have his sentence reduced.

But Kodak was persistent when it came to tweeting Donald Trump, routinely begging him to help. As part of his numerous social media pleas, Kodak offered to donate $1 million to a charity if he pardoned him before leaving office but deleted it shortly after getting out.

“If The President Them Free Me, I’m Gonna Spend 1 million on Charity within The First Year I’m Out,” he wrote at the time. “That’s on Everything.”

Kodak has praised Donald Trump numerous times in the past. A few days after he and Lil Wayne were both pardoned, Kodak profusely thanked Trump and vowed to change his life around.

“I Want To Thank The President @RealDonaldTrump For His Commitment To Justice Reform And Shortening My Sentence,” he wrote. “I Also Want To Thank Everyone For Their Support And Love. It Means More Than You Will Ever Know. I Want To Continue Giving Back, Learning And Growing. @DanScavino.”

The 23-year-old rapper scored another victory when he finally settled his sexual assault case in South Carolina. On April 18, he pleaded guilty after striking a plea deal with prosecutors. According to The Post & Courier, he agreed to plead guilty to first-degree assault and battery in exchange for 18 months of probation.